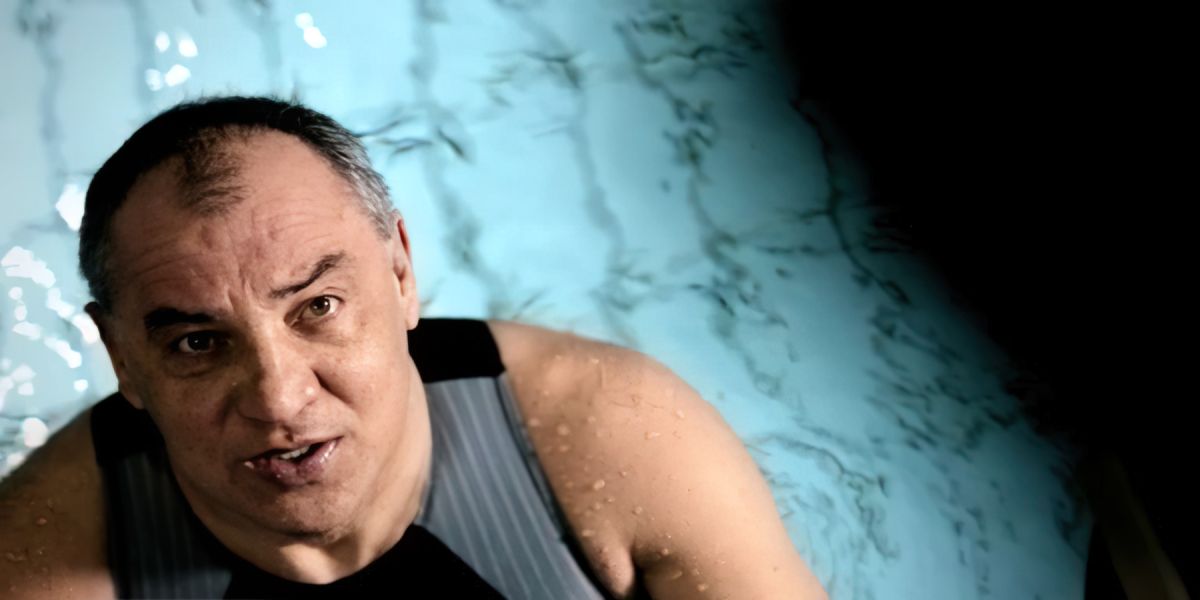 If you have seen so far German soccer pros wearing a fencing suite and holding an épée in their hand or a pentathlete who gets trained by a soccer coach, then it’s a matter of a serious poor eyesight or – far more likely – the joint campaign „Sportler für Sportler“ from Deutsche Fußball Liga (DFL) and Bundesliga-foundation for Deutsche Sporthilfe.

At the TV-commercial „DFL – Hero“ from director Marc Hartmann it’s German Bundesliga coach Felix Maggath moving on unfamiliar terrain. Pentathlete and Olympic champion Lena Schöneborn is his honest and merciless coach, who hurries him, while he’s giving his very best in the swimming pool.

In the beginning of the spot there’s exclusively Sound design, describing the swimmer’s point-of-view. The music starts in the last third of the commercial and is composed for piano, double bass, drums and percussion, spreading a positive and groovy atmosphere.