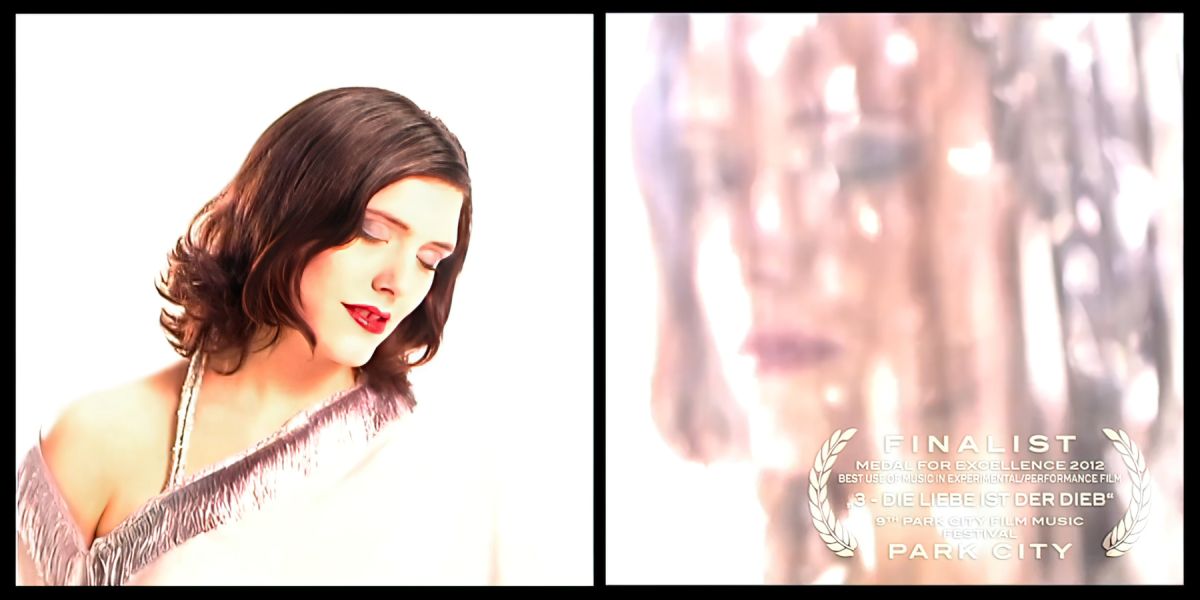 If you think of love and only that beautiful and romantic love comes into your mind, you can be sure, that a substantially part is missing. That’s the reason why director Dirk Lehner introduces in his movie „3 – Die Liebe ist der Dieb“ both sides of love by his protagonists: „She-Love“, the pure, sublime, nearly divine part of love and “He-Love”, the doubting, unromantic part, who although does his work with best intentions regarding the lovers.

The following film with its three-part split-screen is a version consolidated for TV and has originally been a video-installation, where each third filled one screen. The visitor comes into a room, which has been contructed from set designer Benedikt Herré, lies comfortably on a deckchair, looking at three screens in front, whereby two are side by side and the third one is above them.

Each screen is synced by Timecode and shows a part of the entire movie, which has been produced separately for the respective screen. So as a result the viewer can enjoy the plot of the movie spread over three screens with different contents.

The three stereo tracks of the respective projectors are spread across the room in a way, that the above screen has a stereo-pair and the two screens below share a pair two. The last stereo pair gets positioned in the surround, behind the viewer. Thus it is easily possible to position or move sounds throughout the room and to involve the viewer in the movie.

The film score refers to that bipolarity of the protagonists and is harmonic, magical, soft but thereby also big, energetically oscillating and shimmering. Thus the movie contains several music styles, describing the different facets of love. She-Love exclusively communicates by music and introduces herself in the opening-song of the movie, singing in the global language “Esperanto” – on the analogy of the language of love, which is understandable all over the world.

The film score is nominated for the „Medal for Excellence“ in the category „Best Use of Music in Experimental/Performance Film” at the Park City Film Music Festival, Utah / USA.