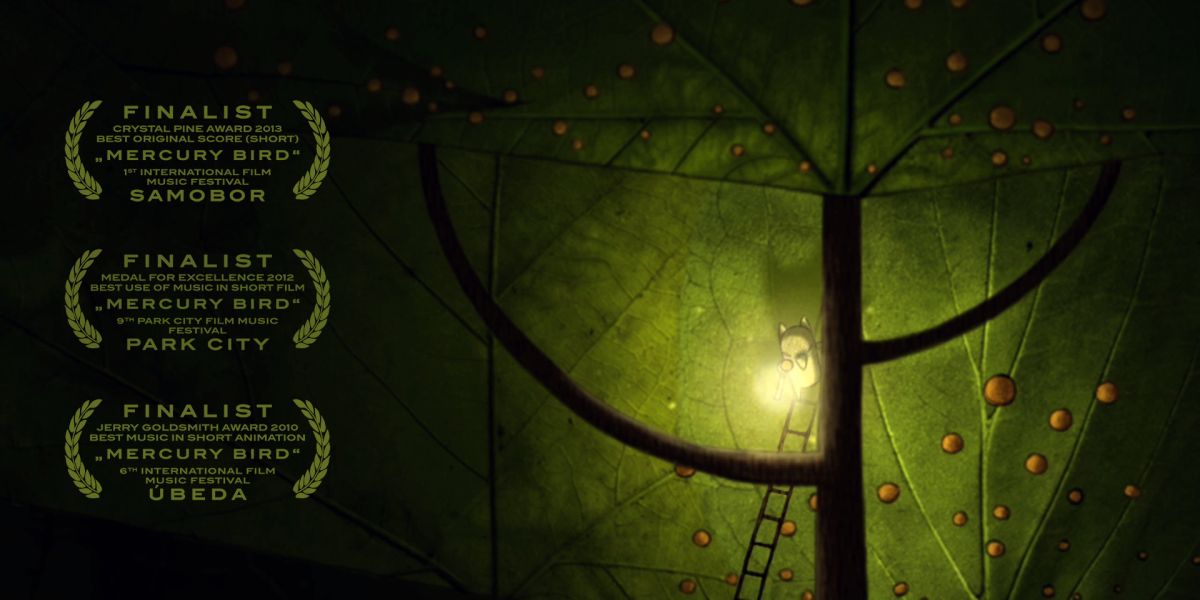 Whether a great discovery will be a benefit for the world or to its disadvantage, does not depend on the discovery itself, but rather on the way it will be used. That’s also the case in Ina Findeisens 2D animation movie. She shows us an enchanting, well protected world, where various animals live together in a wood and feed troublesome. One day the young Panda makes a discovery in the forest, which brings one of the adults to an idea how to get easily around to a lot food – and greed comes up, fading everything else from the spotlight.

In the beginning of the movie the film score describes the well protected and organic world of Mercurybird. The warm and powerful colouring, the enchanting atmosphere and fineness - all in all emitting subtle power and beauty – find their counterpart in a repetitive piano theme, accompanied by a string orchestra and deep percussions. Over the course of the movie the instrumentation changes according to the situation, right up to dark or distorted Industrial sounds.

The movie been selected to be part of the worldwide exhibition „Animated Films from Germany“ from German “Institut für Auslandsbeziehungen” IFA (Institute for Foreign Cultural Relations).

The film score of the animation movie is nominated for the Jerry-Goldsmith-Award 2010 for the best film score in the category “Short – Animation” at 6th International Film Music Festival "Ciudad de Úbeda".

At the 9th Park City Film Music Festival in Utah, USA the score is nominated in the category “Best use of music in Short Film“.

The film score is also nominated for the "Crystal Pine Award" in the category "best original score (short)” at the 1st International Film Music Festival in Samobor, Croatia.