Film Score for Motion Picture 'Mes - Walking' and Its Trailer 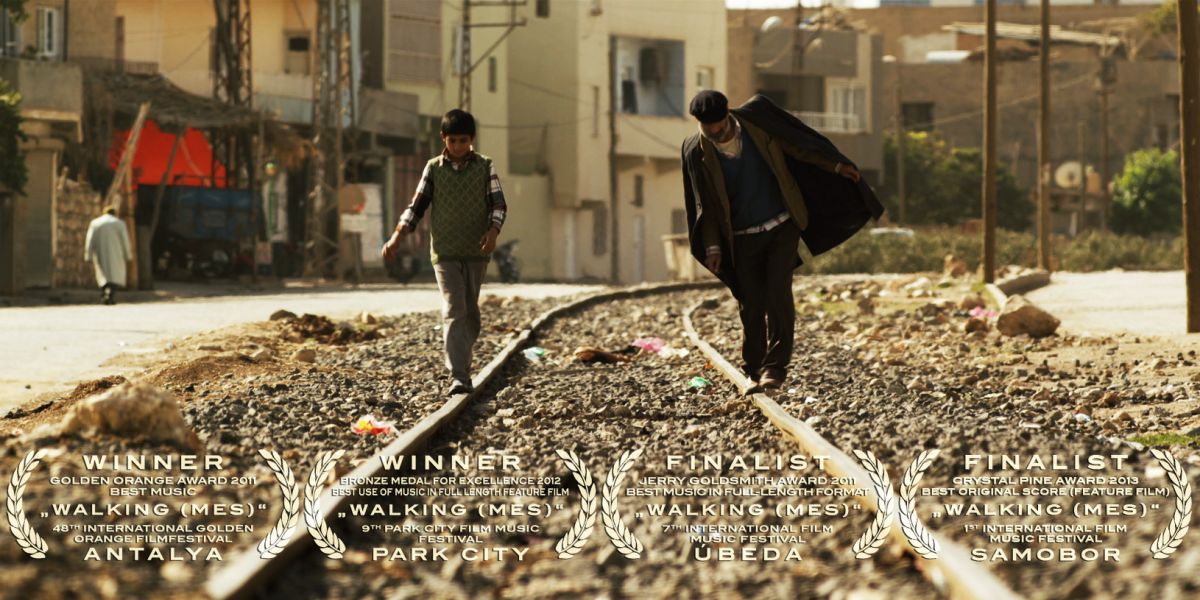 Friendship is something wonderful. Under ideal conditions it also develops, when obvious differences, e.g. in age, look or style, don’t let it show that two people are connected deep inside despite outward appearance.

“Walking” (“Mes”), the Kurdish motion-picture from director Shiar Abdi, deals with such a friendship. The movie is set in the 1980’s, where Cengo (Abdullah Ado), a twelve year old boy and the odd, dumb and slightly mentally deranged Xelilo (Selamo) – a man living in an old garage and scuffing and striding up and down in front of the town hall day after day – slowly become friends. They spend more and more time with each other and with Cengo’s friends, as they unexpectedly are drawn into the tribulations of the Turkish take-over of power, which radically changes their lives and those of their families and friends.

The film score uses on the one hand Kurdish traditional Instruments like the Balaban (Mey), Saz, Ney or for example a violin played in a typically Kurdish style to set the local reference. On the other hand it uses string orchestra, piano, percussions, synthetic elements and much more to establish a contemporary character, beyond Kurdish folklore. So a very organic film score came into being, which consists partially of purely traditional Kurdish elements, less often of exclusively contemporary “classical” film score elements, but mostly of a combination of both worlds.

One Cue of the film score results from a collaboration with Hemin Derya, an instrumentalist of Kurdish origin, who did a new interpretation of the traditional Kurdish folk song “Welat” for the movie. Furthermore he played most of the handmade percussion and realized the recording sessions.

“Walking” (“Mes”) starts in Turkish cinemas on April 1st, 2011, and participates in the competition of the 30th International Istanbul Film Festival.

The film score wins at the 48th International Filmfestival of Antalya the "Golden Orange Award" in the category "Best Music" and in this way the award for the best film score.

At the 7th International Film Music Festival „Ciudad de Úbeda“ the music of “Mes - Walking“ is in competition as finalist in the category “Best music in full-length format“.

Furthermore the film score wins the „Bronze Medal for Excellence“ in the category „Best Use of Music in Full-Length Feature Film” at the Park City Film Music Festival, Utah / USA.

The film score is also nominated at the 1st International Film Music Festival in Samobor, Croatia, for the "Crystal Pine Award" in the category "Best Original Score (Feature Film)".